The history of video analysis technology in sport

Video analysis technology has become more and more prevalent within elite level sport, as athletes at the top of their respective fields strive for marginal gains over their rivals. Although this level of analysis is now commonplace at the elite level, this has not always been the case. The first examples can be traced back to 1985, where some NFL teams would record training sessions and play them back during team meetings, allowing the coaches to dissect both individual and team play.

Fast forward 22 years to 2007, by this point video analysis technology is not only used by coaches to get the most out of their players in American football, but it’s also a permanent feature on match days to aid referees in officiating the game correctly. Video analysis technology being used in this way has been a major talking point ever since its introduction not only in the NFL, but in all sports globally. Many believe the negatives far outweigh the positives, with video referrals often taking a long time and taking away from the raw excitement of live sport. 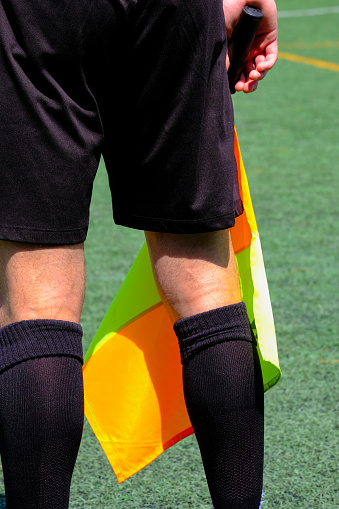 The most high profile example of fans opposing the use of video analysis technology to aid match officials in recent years has been in football (soccer). The Video Assistant Referee (VAR) was first introduced at the 2018 World Cup in Russia on a trial basis, and was widely considered a success. However, it was its introduction to the Premier League the following year which was met with widespread criticism.

However popular or unpopular the introduction of video technology is across sport, there is one thing that we can all agree on, and that’s that it is undoubtedly here to stay. We can expect some minor tweaks to the way in which it is operated but as sport and in particular football is growing, so is the video analysis technology industry.

Hopefully, you found this very short introduction to the history of the use of video analysis technology in sport. In the next articles, we’ll start looking at the individual areas in more detail with real examples of sports tech products available in the market.